This is a story of how you can spend a lot of money and fail to achieve a thing. 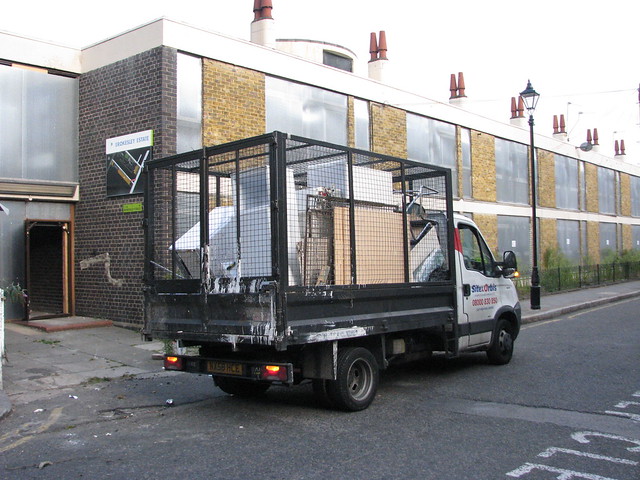 To start with we had a block of flats (at 1-14 Brokesley Street) in which older people and vulnerable adults lived and everybody was happy.

Then East End Homes decided that they wanted to knock them down and replace them with homes for large families – completely ignoring the fact that there was no communal playspace in the street, there are major issues about traffic and parking etc etc etc.

So they emptied the flats. Then they boarded them up. Just before the planning application went to the Strategic Development Committee they suddenly decided that it was absolutely essential that all the “innards” of the flats should be ripped out to make sure that the flats were rendered uninhabitable by squatters.

It doesn’t appear that anybody thought it might be a good idea to investigate whether the flats could be let or licenced on a short term basis as ‘hard to let’ premises until planning permission was sorted and the development was due to start. This would of course have generated income for EEH and prevented the properties from being squatted.

So what happened next?

Squatters arrived and stayed for quite a while. So all that money expended on “security” achieved precisely nothing.

“I think they (the potential squatters) must have decided against their residency because I had a look round the back of 1-14 (their hastily constructed entry door being open) and it’s very disgusting. They seem to have been using a fridge on its side with a toilet seat on top, as a loo. Sordid stuff all about and drug accessories. Possibly others are using it too?”

Meanwhile it appears that nobody at East End Homes knows what happens next.

The matter has been reported to East End Homes and Tower Hamlets Environmental Health and two of the ward councillors Cllr Hussain and Cllr Saunders (who is a member of the East End Homes Board) are now “on the case”. Some objections to the first application. In the new application little has changed so use these comments as inspiration Re: PA/08/02239 Public […]