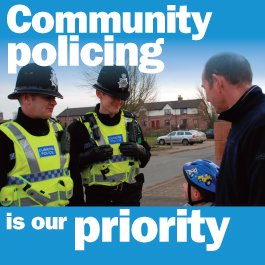 Eastendhomes – have they finally lost the plot?

Fear not trusted residents…..brought in at your expense are the Metropolitan Police to help them find it (See council tax bill for further details).

It seems that the old codgers on the Glamis Residents Association Board in Shadwell have been a little late in submitting some paperwork concerning the accounts. Though it also seems they are not obliged to do so under their constitution which was agreed by Eastendhomes. But hey! Get real!…. What’s an agreement – put it in the bin with the formal offer document and perhaps the predicted “Right to Buy” income……..

Eastendhomes interim financial director Peter Gibbs (who cost £101.000 to work from September 2007 to March 2008) sent a gentle reminder to the chaps at Glamis which was written on 6th November and arrived on Tuesday 10th November (internal post strike?) by registered mail stating that the documents (invoices – cheque books etc) should be delivered to EastendHomes by the close of business the following day. As an incentive to comply he went on to say that the use of the Glamis Tenants Hall “will only be allowed to such bodies and organisations as EastendHomes LTD may deem suitable”. Police action was theatened if the hall was used after 5pm on the 11th November.

Now, why would the Eastendhomes senior management team (total cost for 2007 £404,000 plus pension and expenses) want to do this over an undisclosed allegation that seems to take up valuable police time. After all even if the guys at Glamis made off with all the funds it would surely be less than the sums individual leaseholders will be forking out in the near future for “Major Works”.

Could it be that one of the committee members has been a little too vocal about service charges?

Or maybe the meetings in the Glamis Hall which saw the formation of EeHLFA – a borough-wide group, linking up leaseholders and freeholders across Eastend Homes Ltd estates to pursue their legal rights was a little “unsuitable” for the EEHEmpire.

News is still coming in on the Glamis story but you won’t have to wait for your Eastendhomes newsletter to find out what is going on – surely a full explanation is on its way from our landlords. We will keep you posted here. Let’s hope not too much police time or public money is wasted on this.

Update – Friday 13 November A meeting was arranged at 9.30am with Paul Bloss and Peter Gibbs and the Glamis Hall people. No progress was made due to Mr Bloss failing to turn up. Glamis Hall demanded written permission from EEH to open the hall for the pensioners which was given. No further news of the undisclosed allegations……. It seems Eastend Homes Ltd are yet again disregarding the duty they have to residents. Now on Glamis…. a resident writes. I […]